The Collaboration Projects “Media Conscious” in Asia: Lifepatch ‘Rumah and Halaman’ is activities and installation exhibition at the end 2016 until early 2017 organized by Japan Foundation Asia Center and NTT InterCommunication Center [ICC] and held at ICC Gallery B5, Tokyo Opera City Tower, Shinjuku-ku, Tokyo. Within this project, The ideas of the installation and exhibition design were to talk about The Lifepatch and all its works as a collective that formed in 2012 in Yogyakarta – Indonesia. The things that closely related to all my experiences as a member of The Lifepatch.

The Lifepatch is a collective community-based that has members with diverse interests and educational backgrounds, such as scientists, programmers, designers, artists, and curators. Since formed in Yogyakarta in 2012, they established a small house as their main place for works, conducts collaborative activities, and develops socially engaged projects related to art, science, and technology based on Do-It-Yourself (DIY) and Do-It-With-Others (DIWO) ethos. The place itself became an important space as a hub for individuals and communities to interact cooperatively through mutual learning, discussion, and meeting. 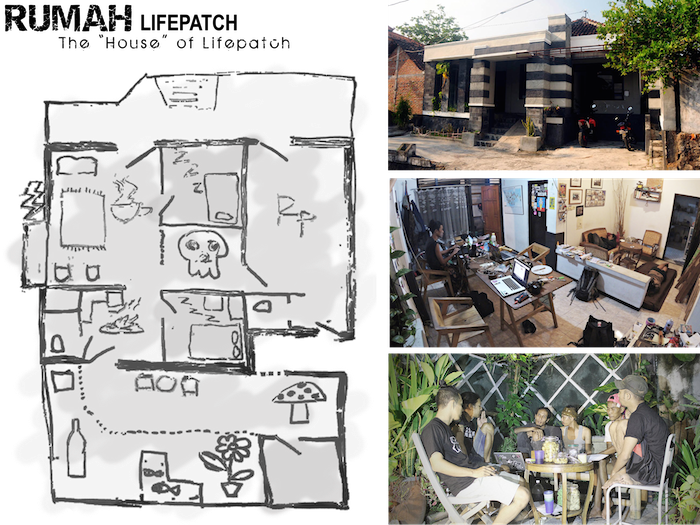 “Rumah” is an Indonesian word for the house. However, most people in Indonesia include Lifepatch, and many collective communities or organizations who use House as their main space aren’t describing the house as just a type of permanent physical structure with a particular function as a shelter or a Residential Building. There are several attributes that defining it as a “home”, such as self-consciousness, sense of belonging, histories, and a place where the dwellers practicing various ideas of better living concepts through simple hacking as an effort to survive.

When examining thoroughly to presents the works and all activities of Lifepatch, there seems to be a tendency to put The Rumah as The main space to work and interact cooperatively with individuals and communities. As a space of collective community-based, Rumah of Lifepatch also represents its dweller’s strategy as a collective when practicing their methods of dwelling in a place where private and public as place values and function can be connected or separated. The first part that also being called “Rumah” is the main area with private value and protected by a particular structure of a building. Basically, Rumah is the representative of its dweller’s internal affairs, which is an organic space that always growing and slightly changing based on the dweller’s effort to organize, compromise, and collaborate with each other to meet all their basic needs, interests, and activities. The second part called the “Halaman” or the courtyard. This part is a transition space provided by the Rumah dwellers to make both of connector and barriers between the concept of private and public. As a connector, the Halaman Rumah is a place for the dweller to meet every external aspect of the Rumah. Contrary, Halaman also became barriers that provide by the Rumah dwellers to protect their private area and all of its internal aspect.

However, talking about The Rumah of Lifepatch as a space for collective community-based, there seems to be a tendency that the Rumah is not just a mere physical structure with a particular function, but as an organic space that lives and slightly changing when projecting the dweller lives and activities. Meanwhile, as a form of a dialogue, it provides a creative environment within its spaces for its dweller to conduct creative activities through the works and interaction between the collective member and other community.

The Rumah Dan Halaman (House and courtyard) installation were designed based on those concepts as the reimagination of Lifepatch space with all of its activities and brought it all into an art gallery space as part of The Collaboration Projects “Media Conscious” in Asia between Lifepatch, Japan Foundation Asia Center and NTT InterCommunication Center [ICC]. 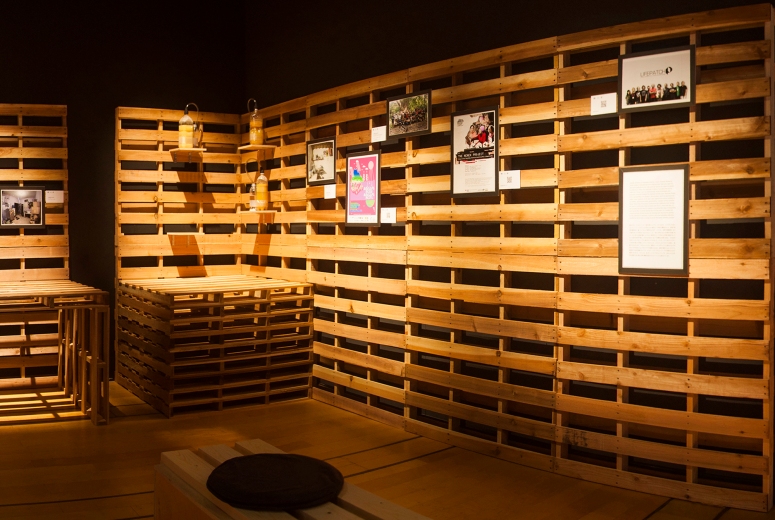 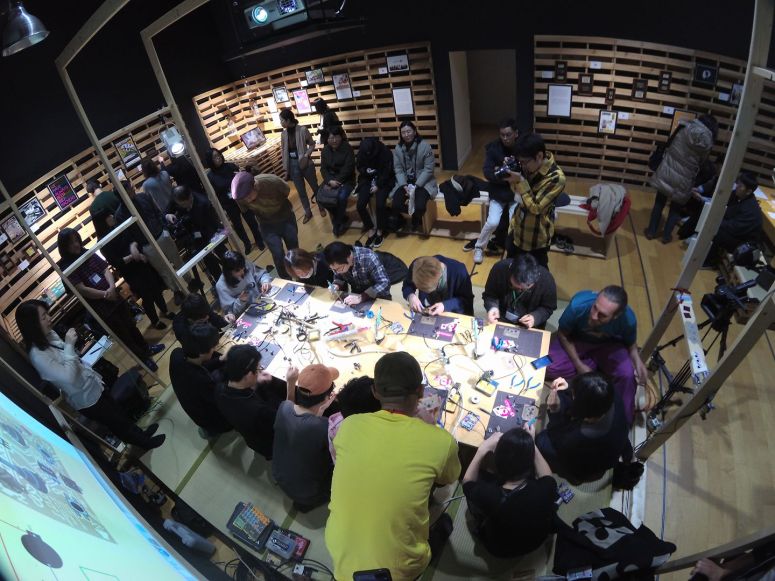 The 360-degree picture is a spherical image that recording the photographer surrounding areas in only one image. Nowadays, it’s become very popular and easy to create by everyone only with the help of a particular app on a Smartphone or PDA. Before it became very popular, The 360-degree picture is very hard to make and need complicated process, especially when using a Pocket camera, Digital Camera, or an analog camera. Basically, producing a 360-degree picture only need to make serial pictures about 45-50 pictures from each spot location and then stitching all together. However, the tricky part is maintaining the point of view in exact same spot. If not, there will be a parallax between each picture point of view and made the serial picture very hard to be stitched each other. In order to reduce the parallax point, there is a particular tool as camera’s tripod addition called The Panohead that have to attach between camera and tripod. More than that, the photography tools tends to be very expensive and made not many people could afford or use it.

The rivers in Jogjakarta have significant historical, economic, and social importance. However, not many people in this city aware of those rivers’ importance. It’s only known as the backyard of the city, neglected, and rarely touched.

Triggered by the curiosity of some people who never visited those rivers, a walking trip through the river banks became an embryo of a long-term river environmental monitoring project called Jogja River Project that conducted by Lifepatch.id since 2012, with the idea to share all the knowledge that they found from the river as an open-source knowledge which can be easily understood by everyone. Part of it is making interactive documentation through 360-degree pictures that took from the river center in order to make anyone who saw it can feel how it’s like when they are in the middle of the river.

Facing a situation when the photographic equipment is expensive objects, brought me as a member of Lifepatch to make an experiment of making our own Panohead Tool, which is much cheaper and affordable. From 2013, the research conducted on a “trial and error” process based on the development of my knowledge that influenced by various sources, which is made me collecting several designs as results of the research that still evolving. The most recent design is made with an adjustment mechanism so it can be used with different types of cameras and tripods. 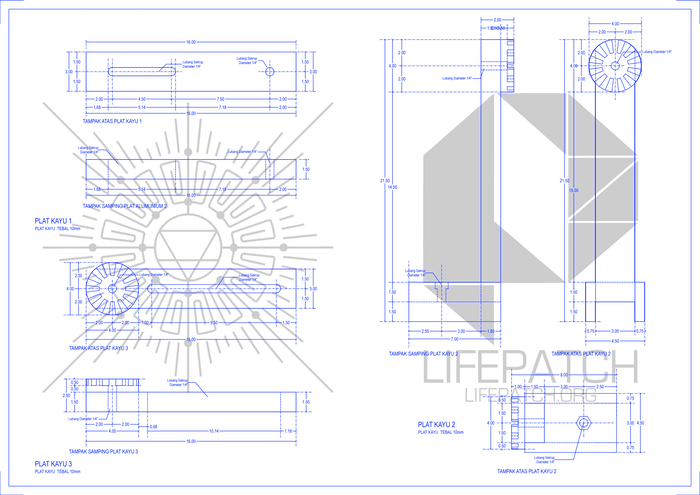 Undeniable, most people still thinking of making a 360-degree Panohead and a 360-degree picture still remains an activity that is not easy to do. Basically, the essential idea of making the Do-It-Yourself (DIY) photography tool is trying to decrease the gap between technology and its users through examination, exploration, research, and development. Within the Do-It-Yourself (DIY) ethos is a practice in order to stimulate new systems and styles of living and working that develop out of the creative process of individuals. 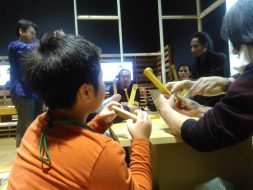 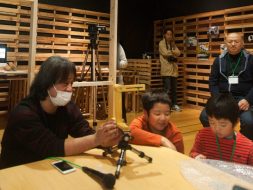 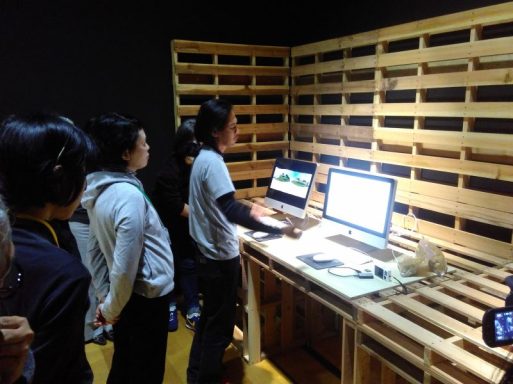 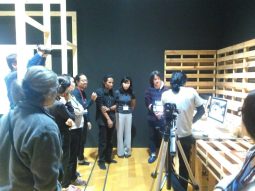 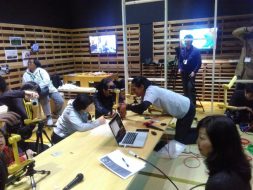